Rebellion and Savagery: The Jacobite Rising of 1745 and the British Empire 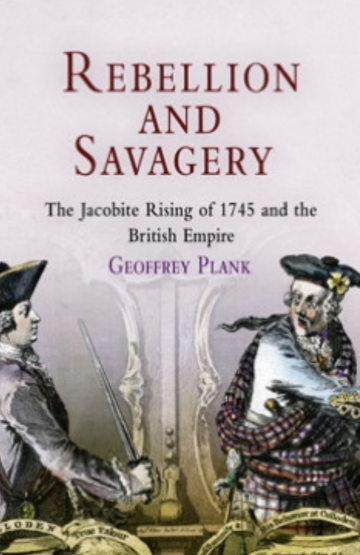 In the summer of 1745, Charles Edward Stuart, the grandson of England's King James II, landed on the western coast of Scotland intending to overthrow George II and restore the Stuart family to the throne. He gathered thousands of supporters, and the insurrection he led—the Jacobite Rising of 1745—was a crisis not only for Britain but for the entire British Empire. Rebellion and Savagery examines the 1745 rising and its aftermath on an imperial scale.

Charles Edward gained support from the clans of the Scottish Highlands, communities that had long been derided as primitive. In 1745 the Jacobite Highlanders were denigrated both as rebels and as savages, and this double stigma helped provoke and legitimate the violence of the government's anti-Jacobite campaigns. Though the colonies stayed relatively peaceful in 1745, the rising inspired fear of a global conspiracy among Jacobites and other suspect groups, including North America's purported savages.

The defeat of the rising transformed the leader of the army, the Duke of Cumberland, into a popular hero on both sides of the Atlantic. With unprecedented support for the maintenance of peacetime forces, Cumberland deployed new garrisons in the Scottish Highlands and also in the Mediterranean and North America. In all these places his troops were engaged in similar missions: demanding loyalty from all local inhabitants and advancing the cause of British civilization. The recent crisis gave a sense of urgency to their efforts. Confident that "a free people cannot oppress," the leaders of the army became Britain's most powerful and uncompromising imperialists.

Geoffrey Plank argues that the events of 1745 marked a turning point in the fortunes of the British Empire by creating a new political interest in favor of aggressive imperialism, and also by sparking discussion of how the British should promote market-based economic relations in order to integrate indigenous peoples within their empire. The spread of these new political ideas was facilitated by a large-scale migration of people involved in the rising from Britain to the colonies, beginning with hundreds of prisoners seized on the field of battle and continuing in subsequent years to include thousands of men, women and children. Some of the migrants were former Jacobites and others had stood against the insurrection. The event affected all the British domains.

Geoffrey Plank is Associate Professor of History at the University of Cincinnati and author of An Unsettled Conquest: The British Campaign Against the Peoples of Acadia, also published by the University of Pennsylvania Press.