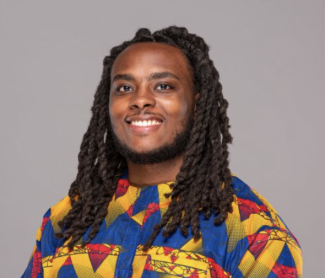 Papers are circulated in advance. For copies, please contact the McNeil Center office. Until further notice, brownbags will convene via Zoom only.

Adam McNeil is a PhD Candidate in the Department of History at Rutgers University focusing on Black Women’s lives during the Revolutionary and Founding eras in the Chesapeake Bay. My scholarship focuses on how enslaved women were key contributors to the Chesapeake’s culture of rebelliousness during the Age of Revolutions, which, by implication, centers the region as a critical site of slave insurrection and revolutionary activity during the late eighteenth and early nineteenth century. Secondarily, I focus on histories of Appalachian mountain slavery and labor histories in the eighteenth and nineteenth centuries. My research has been supported by fellowships from the University of Michigan’s Clements Library, the David Center for the American Revolution at the American Philosophical Society, and the Omohundro Institute of Early American History & Culture (OI). Of note, in 2021, I became the Omohundro’s inaugural OI Audio Fellow, a new fellowship meant to present “fresh histories of the American Revolution” via the narrative podcast medium. In addition to academic writing, I regularly contribute to academic blogs Black Perspectives and The Junto, along with interviewing scholars on the New Books in African American Studies podcast, where I have interviewed nearly one hundred scholars about their works in African American Studies and African American History.