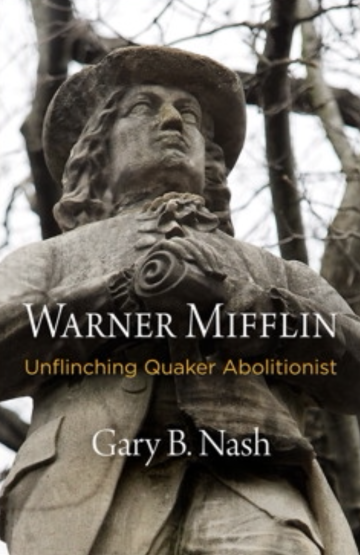 Warner Mifflin—energetic, uncompromising, and reviled—was the key figure connecting the abolitionist movements before and after the American Revolution. A descendant of one of the pioneering families of William Penn's "Holy Experiment," Mifflin upheld the Quaker pacifist doctrine, carrying the peace testimony to Generals Howe and Washington across the blood-soaked Germantown battlefield and traveling several thousand miles by horse up and down the Atlantic seaboard to stiffen the spines of the beleaguered Quakers, harried and exiled for their neutrality during the war for independence. Mifflin was also a pioneer of slave reparations, championing the radical idea that after their liberation, Africans in America were entitled to cash payments and land or shared crop arrangements. Preaching "restitution," Mifflin led the way in making Kent County, Delaware, a center of reparationist doctrine.

After the war, Mifflin became the premier legislative lobbyist of his generation, introducing methods of reaching state and national legislators to promote antislavery action. Detesting his repeated exercise of the right of petition and hating his argument that an all-seeing and affronted God would punish Americans for "national sins," many Southerners believed Mifflin was the most dangerous man in America—"a meddling fanatic" who stirred the embers of sectionalism after the ratification of the Constitution of 1787. Yet he inspired those who believed that the United States had betrayed its founding principles of natural and inalienable rights by allowing the cancer of slavery and the dispossession of Indian lands to continue in the 1790s.

Gary B. Nash is Distinguished Research Professor of History at the University of California, Los Angeles. He is author of numerous books, including The Urban Crucible: Social Change, Political Consciousness, and the Origins of the American Revolution, which was a finalist for the Pulitzer Prize in History. His book First City: Philadelphia and the Forging of Historical Memory is also available from the University of Pennsylvania Press.