The Varieties of Political Experience in Eighteenth-Century America 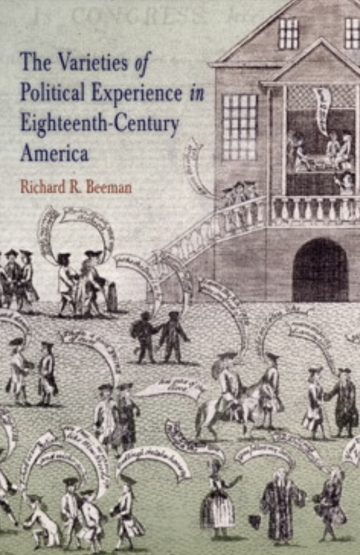 On the eve of the American Revolution there existed throughout the British-American colonial world a variety of contradictory expectations about the political process. Not only was there disagreement over the responsibilities of voters and candidates, confusion extended beyond elections to the relationship between elected officials and the populations they served. So varied were people's expectations that it is impossible to talk about a single American political culture in this period.

In The Varieties of Political Experience in Eighteenth-Century America, Richard R. Beeman offers an ambitious overview of political life in pre-Revolutionary America. Ranging from Virginia, Massachusetts, New York, South Carolina, and Pennsylvania to the backcountry regions of the South, the Mid-Atlantic, and northern New England, Beeman uncovers an extraordinary diversity of political belief and practice. In so doing, he closes the gap between eighteenth-century political rhetoric and reality.

Political life in eighteenth-century America, Beeman demonstrates, was diffuse and fragmented, with America's British subjects and their leaders often speaking different political dialects altogether. Although the majority of people living in America before the Revolution would not have used the term "democracy," important changes were underway that made it increasingly difficult for political leaders to ignore "popular pressures." As the author shows in a final chapter on the Revolution, those popular pressures, once unleashed, were difficult to contain and drove the colonies slowly and unevenly toward a democratic form of government. Synthesizing a wide range of primary and secondary sources, Beeman offers a coherent account of the way politics actually worked in this formative time for American political culture.

Richard R. Beeman is Professor of History at the University of Pennsylvania. He is coeditor of Beyond Confederation: The Origins of the American Constitution and National Identity and author of The Evolution of the Southern Backcountry: A Case Study of Lunenburg County, Virginia, 1746-1832, also available from the University of Pennsylvania Press.