Town Born: The Political Economy of New England from Its Founding to the Revolution 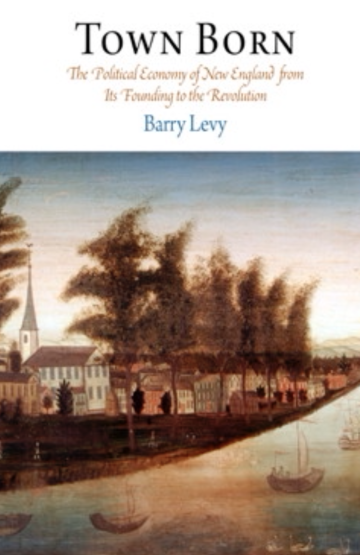 In the seventeenth and eighteenth centuries, British colonists found the New World full of resources. With land readily available but workers in short supply, settlers developed coercive forms of labor—indentured servitude and chattel slavery—in order to produce staple export crops like rice, wheat, and tobacco. This brutal labor regime became common throughout most of the colonies. An important exception was New England, where settlers and their descendants did most work themselves.

In Town Born, Barry Levy shows that New England's distinctive and far more egalitarian order was due neither to the colonists' peasant traditionalism nor to the region's inhospitable environment. Instead, New England's labor system and relative equality were every bit a consequence of its innovative system of governance, which placed nearly all land under the control of several hundred self-governing town meetings. As Levy shows, these town meetings were not simply sites of empty democratic rituals but were used to organize, force, and reconcile laborers, families, and entrepreneurs into profitable export economies. The town meetings protected the value of local labor by persistently excluding outsiders and privileging the town born.

The town-centered political economy of New England created a large region in which labor earned respect, relative equity ruled, workers exercised political power despite doing the most arduous tasks, and the burdens of work were absorbed by citizens themselves. In a closely observed and well-researched narrative, Town Born reveals how this social order helped create the foundation for American society.

Barry Levy is Professor of History at the University of Massachusetts, Amherst. He is author of Quakers and the American Family: British Settlement in the Delaware Valley.