Speaking with the Dead in Early America 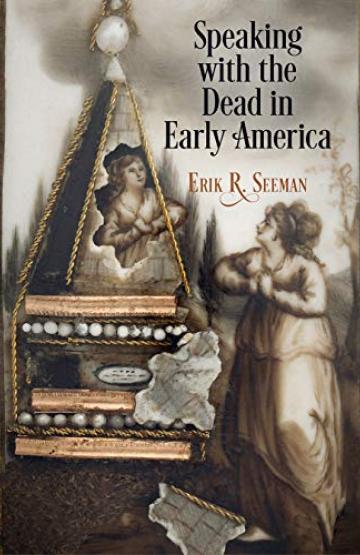 Winner of the 2020 Lawrence W. Levine Award from the Organization of American Historians

In late medieval Catholicism, mourners employed an array of practices to maintain connection with the deceased—most crucially, the belief in purgatory, a middle place between heaven and hell where souls could be helped by the actions of the living. In the early sixteenth century, the Reformation abolished purgatory, as its leaders did not want attention to the dead diminishing people's devotion to God. But while the Reformation was supposed to end communication between the living and dead, it turns out the result was in fact more complicated than historians have realized. In the three centuries after the Reformation, Protestants imagined continuing relationships with the dead, and the desire for these relations came to form an important—and since neglected—aspect of Protestant belief and practice.

In Speaking with the Dead in Early America, historian Erik R. Seeman undertakes a 300-year history of Protestant communication with the dead. Seeman chronicles the story of Protestants' relationships with the deceased from Elizabethan England to puritan New England and then on through the American Enlightenment into the middle of the nineteenth century with the explosion of interest in Spiritualism. He brings together a wide range of sources to uncover the beliefs and practices of both ordinary people, especially women, and religious leaders. This prodigious research reveals how sermons, elegies, and epitaphs portrayed the dead as speaking or being spoken to, how ghost stories and Gothic fiction depicted a permeable boundary between this world and the next, and how parlor songs and funeral hymns encouraged singers to imagine communication with the dead. Speaking with the Dead in Early America thus boldly reinterprets Protestantism as a religion in which the dead played a central role.

Erik R. Seeman is Professor of History at the University at Buffalo. He is author or editor of numerous books, including Death in the New World: Cross-Cultural Encounters, 1492-1800, also available from the University of Pennsylvania Press.