Slavery and the Democratic Conscience: Political Life in Jeffersonian America 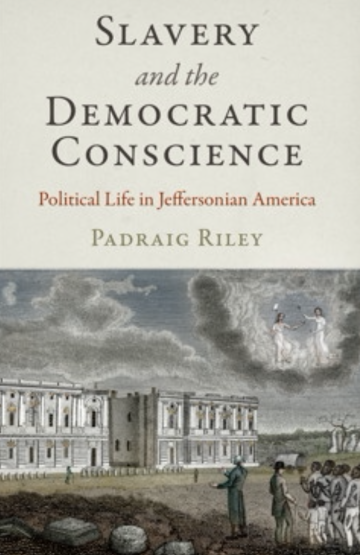 Democracy and slavery collided in the early American republic, nowhere more so than in the Democratic-Republican party, the political coalition that elected Thomas Jefferson president in 1800 and governed the United States into the 1820s. Joining southern slaveholders and northern advocates of democracy, the coalition facilitated a dramatic expansion of American slavery and generated ideological conflict over slaveholder power in national politics. Slavery was not an exception to the rise of American democracy, Padraig Riley argues, but was instead central to the formation of democratic institutions and ideals.

Slavery and the Democratic Conscience explains how northern men both confronted and accommodated slavery as they joined the Democratic-Republican cause. Although many northern Jeffersonians opposed slavery, they helped build a complex political movement that defended the rights of white men to self-government, American citizenship, and equality and protected the master's right to enslave. Dissenters challenged this consensus, but they faced significant obstacles. Slaveholders resisted interference with slavery, while committed Jeffersonians built an aggressive American nationalism, consolidating an ideological accord between white freedom and slaveholder power.

By the onset of the Missouri Crisis in 1819, democracy itself had become an obstacle to antislavery politics, insofar as it bound together northern aspirations for freedom and the institutional power of slavery. That fundamental compromise had a deep influence on democratic political culture in the United States for decades to come.