A New Nation of Goods: The Material Culture of Early America 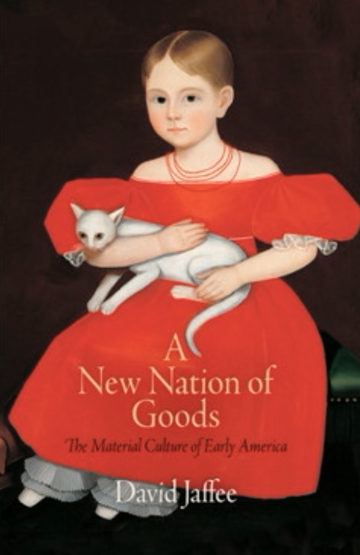 In the middle of the nineteenth century, middle-class Americans embraced a new culture of domestic consumption, one that centered on chairs and clocks as well as family portraits and books. How did that new world of goods, represented by Victorian parlors filled with overstuffed furniture and daguerreotype portraits, come into being? A New Nation of Goods highlights the significant role of provincial artisans in four crafts in the northeastern United States—chairmaking, clockmaking, portrait painting, and book publishing—to explain the shift from preindustrial society to an entirely new configuration of work, commodities, and culture. As a whole, the book proposes an innovative analysis of early nineteenth-century industrialization and the development of a middle-class consumer culture. It relies on many of the objects beloved by decorative arts scholars and collectors to evoke the vitality of village craft production and culture in the decades after the War of Independence.

A New Nation of Goods grounds its broad narrative of cultural change in case studies of artisans, consumers, and specific artifacts. Each chapter opens with an "object lesson" and weaves an object-based analysis together with the richness of individual lives. The path that such craftspeople and consumers took was not inevitable; on the contrary, as historian David Jaffee vividly demonstrates, it was strewn with alternative outcomes, such as decentralized production with specialized makers. The richly illustrated book offers a collective biography of the post-Revolutionary generation, gathering together the case studies of producers and consumers who embraced these changes, those who opposed them, or, most significantly, those who fashioned the myriad small changes that coalesced into a new Victorian cultural order that none of them had envisioned or entirely appreciated.