Louisiana Crossroads of the Atlantic World 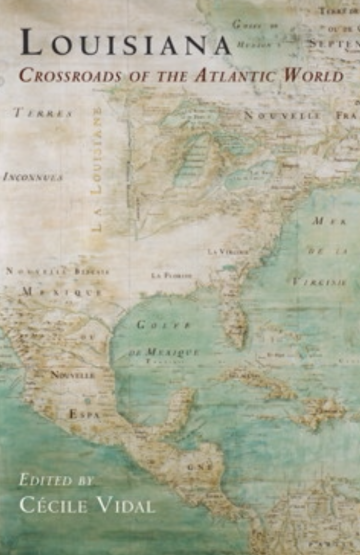 Located at the junction of North America and the Caribbean, the vast territory of colonial Louisiana provides a paradigmatic case study for an Atlantic studies approach. One of the largest North American colonies and one of the last to be founded, Louisiana was governed by a succession of sovereignties, with parts ruled at various times by France, Spain, Britain, and finally the United States. But just as these shifting imperial connections shaped the territory's culture, Louisiana's peculiar geography and history also yielded a distinctive colonization pattern that reflected a synthesis of continent and island societies.

Louisiana: Crossroads of the Atlantic World offers an exceptional collaboration among American, Canadian, and European historians who explore colonial and antebellum Louisiana's relations with the rest of the Atlantic world. Studying the legacy of each period of Louisiana history over the longue durée, the essays create a larger picture of the ways early settlements influenced Louisiana society and how the changes in sovereignty and other circulations gave rise to a multiethnic society. Contributors examine the workings of empire through the examples of slave laws, administrative careers or on-the-ground political negotiations, cultural exchanges among landowners, slave holders, and slaves, and the construction of race through sexuality, marriage, and household formation. As a whole, the volume makes the compelling argument that one cannot write Louisiana history without adopting an Atlantic perspective, or Atlantic history without referring to Louisiana.