John Woolman's Path to the Peaceable Kingdom: A Quaker in the British Empire 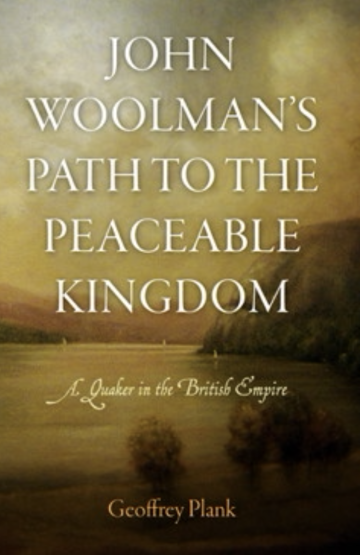 The abolitionist John Woolman (1720-72) has been described as a "Quaker saint," an isolated mystic, singular even among a singular people. But as historian Geoffrey Plank recounts, this tailor, hog producer, shopkeeper, schoolteacher, and prominent Quaker minister was very much enmeshed in his local community in colonial New Jersey and was alert as well to events throughout the British Empire. Responding to the situation as he saw it, Woolman developed a comprehensive critique of his fellow Quakers and of the imperial economy, became one of the most emphatic opponents of slaveholding, and helped develop a new form of protest by striving never to spend money in ways that might encourage slavery or other forms of iniquity.

Drawing on the diaries of contemporaries, personal correspondence, the minutes of Quaker meetings, business and probate records, pamphlets, and other sources, John Woolman's Path to the Peaceable Kingdom shows that Woolman and his neighbors were far more engaged with the problems of inequality, trade, and warfare than anyone would know just from reading the Quaker's own writings. Although he is famous as an abolitionist, the end of slavery was only part of Woolman's project. Refusing to believe that the pursuit of self-interest could safely guide economic life, Woolman aimed for a miraculous global transformation: a universal disavowal of greed.

Geoffrey Plank is Professor in the School of American Studies, University of East Anglia. He is author of An Unsettled Conquest: The British Campaign Against the Peoples of Acadia and Rebellion and Savagery: The Jacobite Rising of 1745 and the British Empire, both also available from University of Pennsylvania Press.