Imperial Entanglements: Iroquois Change and Persistence on the Frontiers of Empire 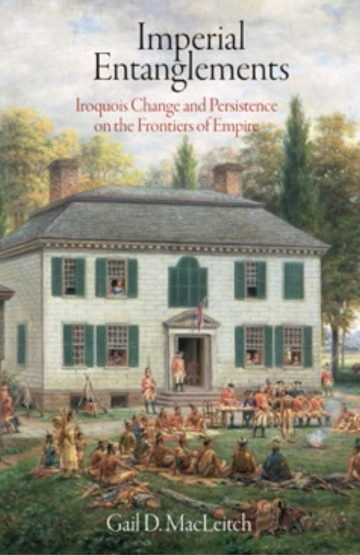 Imperial Entanglements chronicles the history of the Haudenosaunee Iroquois in the eighteenth century, a dramatic period during which they became further entangled in a burgeoning market economy, participated in imperial warfare, and encountered a waxing British Empire. Rescuing the Seven Years' War era from the shadows of the American Revolution and moving away from the political focus that dominates Iroquois studies, historian Gail D. MacLeitch offers a fresh examination of Iroquois experience in economic and cultural terms. As land sellers, fur hunters, paid laborers, consumers, and commercial farmers, the Iroquois helped to create a new economic culture that connected the New York hinterland to a transatlantic world of commerce. By doing so they exposed themselves to both opportunities and risks.

As their economic practices changed, so too did Iroquois ways of making sense of gender and ethnic differences. MacLeitch examines the formation of new cultural identities as men and women negotiated challenges to long-established gendered practices and confronted and cocreated a new racialized discourses of difference. On the frontiers of empire, Indians, as much as European settlers, colonial officials, and imperial soldiers, directed the course of events. However, as MacLeitch also demonstrates, imperial entanglements with a rising British power intent on securing native land, labor, and resources ultimately worked to diminish Iroquois economic and political sovereignty.