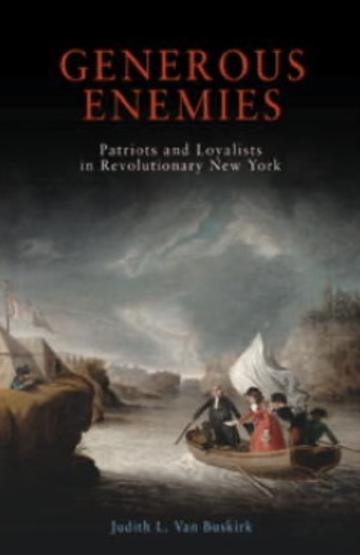 In July 1776, the final group of more than 130 ships of the Royal Navy sailed into the waters surrounding New York City, marking the start of seven years of British occupation that spanned the American Revolution. What military and political leaders characterized as an impenetrable "Fortress Britannia"—a bastion of solid opposition to the American cause—was actually very different.

As Judith L. Van Buskirk reveals, the military standoff produced civilian communities that were forced to operate in close, sustained proximity, each testing the limits of political and military authority. Conflicting loyalties blurred relationships between the two sides: John Jay, a delegate to the Continental Congresses, had a brother whose political loyalties leaned toward the Crown, while one of the daughters of Continental Army general William Alexander lived in occupied New York City with her husband, a prominent Loyalist. Indeed, the texture of everyday life during the Revolution was much more complex than historians have recognized.

Making use of family letters, diaries, memoirs, soldier pensions, Loyalist claims, committee and church records, and newspapers, this compelling social history tells the story of the American Revolution with a richness of human detail.