The Empire Reformed: English America in the Age of the Glorious Revolution 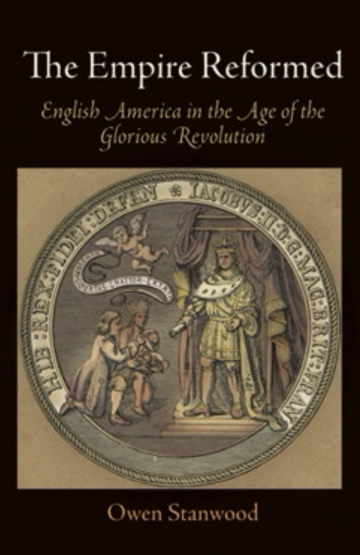 The Empire Reformed tells the story of a forgotten revolution in English America—a revolution that created not a new nation but a new kind of transatlantic empire. During the seventeenth century, England's American colonies were remote, disorganized outposts with reputations for political turmoil. Colonial subjects rebelled against authority with stunning regularity, culminating in uprisings that toppled colonial governments in the wake of England's "Glorious Revolution" in 1688-89. Nonetheless, after this crisis authorities in both England and the colonies successfully rebuilt the empire, providing the cornerstone of the great global power that would conquer much of the continent over the following century.

In The Empire Reformed historian Owen Stanwood illustrates this transition in a narrative that moves from Boston to London to Barbados and Bermuda. He demonstrates not only how the colonies fit into the empire but how imperial politics reflected—and influenced—changing power dynamics in England and Europe during the late 1600s. In particular, Stanwood reveals how the language of Catholic conspiracies informed most colonists' understanding of politics, serving first as the catalyst of rebellions against authority, but later as an ideological glue that held the disparate empire together. In the wake of the Glorious Revolution imperial leaders and colonial subjects began to define the British empire as a potent Protestant union that would save America from the designs of French "papists" and their "savage" Indian allies. By the eighteenth century, British Americans had become proud imperialists, committed to the project of expanding British power in the Americas.

Owen Stanwood is Associate Professor of History at Boston College.