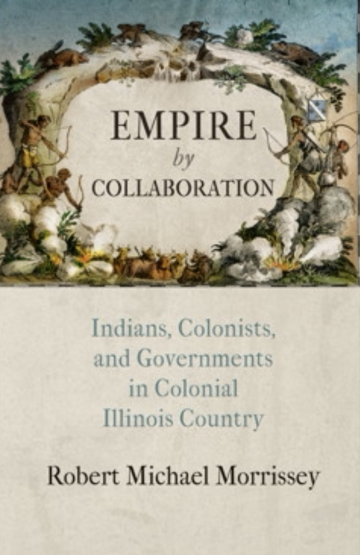 From the beginnings of colonial settlement in Illinois Country, the region was characterized by self-determination and collaboration that did not always align with imperial plans. The French in Quebec established a somewhat reluctant alliance with the Illinois Indians while Jesuits and fur traders planted defiant outposts in the Illinois River Valley beyond the Great Lakes. These autonomous early settlements were brought into the French empire only after the fact. As the colony grew, the authority that governed the region was often uncertain. Canada and Louisiana alternately claimed control over the Illinois throughout the eighteenth century. Later, British and Spanish authorities tried to divide the region along the Mississippi River. Yet Illinois settlers and Native people continued to welcome and partner with European governments, even if that meant playing the competing empires against one another in order to pursue local interests.

Empire by Collaboration explores the remarkable community and distinctive creole culture of colonial Illinois Country, characterized by compromise and flexibility rather than domination and resistance. Drawing on extensive archival research, Robert Michael Morrissey demonstrates how Natives, officials, traders, farmers, religious leaders, and slaves constantly negotiated local and imperial priorities and worked purposefully together to achieve their goals. Their pragmatic intercultural collaboration gave rise to new economies, new forms of social life, and new forms of political engagement. Empire by Collaborationshows that this rugged outpost on the fringe of empire bears central importance to the evolution of early America.