Domestic Intimacies: Incest and the Liberal Subject in Nineteenth-Century America 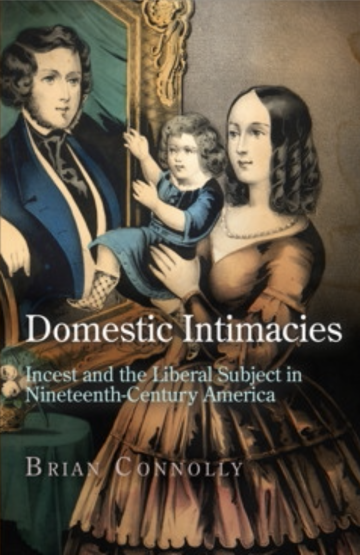 Although it is commonly thought that incest has been taboo throughout history, nineteenth-century Americans evinced a great cultural anxiety that the prohibition was failing. Theologians debated the meaning and limits of biblical proscription, while jurists abandoned such injunctions and invented a new prohibition organized around the nuclear family. Novelists crafted fictional tales of accidental incest resulting from the severed ties between public and private life, while antislavery writers lamented the ramifications of breaking apart enslaved families. Phrenologists and physiologists established reproduction as the primary motivation of the incest prohibition while naturalizing the incestuous eroticism of sentimental family affection. Ethnographers imagined incest as the norm in so-called primitive societies in contrast to modern civilization. In the absence of clear biological or religious limitations, the young republic developed numerous, varied, and contradictory incest prohibitions.

Domestic Intimacies offers a wide-ranging, critical history of incest and its various prohibitions as they were defined throughout the nineteenth century. Historian Brian Connolly argues that at the center of these convergent anxieties and debates lay the idea of the liberal subject: an autonomous individual who acted on his own desires yet was tempered by reason, who enjoyed a life in public yet was expected to find his greatest satisfaction in family and home. Always lurking was the need to exercise personal freedom with restraint; indeed, the valorization of the affectionate family was rooted in its capacity to act as a bulwark against licentiousness. However it was defined, incest was thus not only perceived as a threat to social stability; it also functioned to regulate social relations—within families and between classes as well as among women and men, slaves and free citizens, strangers and friends. Domestic Intimacies overturns conventional histories of American liberalism by placing the fear of incest at the heart of nineteenth-century conflicts over public life and privacy, kinship and individualism, social contracts and personal freedom.

Brian Connolly teaches history at the University of South Florida.