A Democracy of Facts: Natural History in the Early Republic 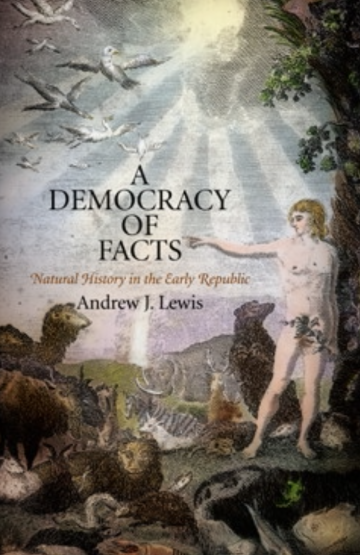 A Democracy of Facts chronicles the fascinating story of American naturalists who came of age and stumbled toward a profession in the years after the American Revolution.

In a political climate mistrusting of elites and book knowledge, naturalists turned to the American populace, especially its farmers and artisans, for information to catalog and describe the fledgling nation's natural environment. From these ordinary Americans, naturalists gathered a vast wealth of fact and opinion about the natural world of North America. But in relying on those who daily lived in and worked with nature, naturalists were obliged to engage directly with people who disagreed with them, who were unafraid to challenge scientific expertise and ignore scientific authority. As experts and ordinary Americans argued about nature, they exposed larger fault lines in American society—over useful versus academic knowledge, empirical experience versus professional expertise, and the struggle for and against cultural authority. In the debate over the natural history of the new nation, citizens in the early republic were entitled to their own opinions as well as their own facts.

Drawing on examples from ornithology, botany, antiquities, theology, and geology, historian Andrew J. Lewis concludes that American naturalists could not control the whims and fancies of public opinion and were successful in establishing their authority only after they aligned their interests with the emerging bureaucratic state. Through this process, natural history became professional science.

The first historical overview of early American natural history in many years, A Democracy of Facts will interest readers eager to learn about the birth of science in America and those curious to witness early Americans interacting with the natural world and each other.