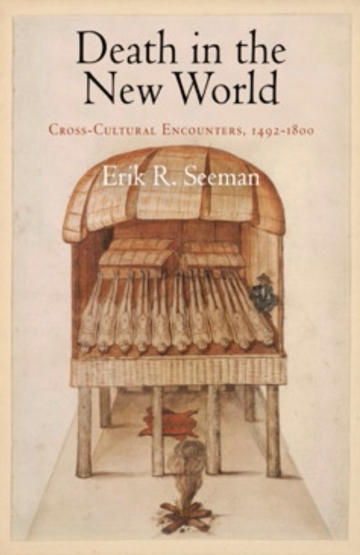 Reminders of death were everywhere in the New World, from the epidemics that devastated Indian populations and the mortality of slaves working the Caribbean sugar cane fields to the unfamiliar diseases that afflicted Europeans in the Chesapeake and West Indies. According to historian Erik R. Seeman, when Indians, Africans, and Europeans encountered one another, they could not ignore the similarities in their approaches to death. All of these groups believed in an afterlife to which the soul or spirit traveled after death. As a result all felt that corpses—the earthly vessels for the soul or spirit—should be treated with respect, and all mourned the dead with commemorative rituals. Seeman argues that deathways facilitated communication among peoples otherwise divided by language and custom. They observed, asked questions about, and sometimes even participated in their counterparts' rituals.

At the same time, insofar as New World interactions were largely exploitative, the communication facilitated by parallel deathways was often used to influence or gain advantage over one's rivals. In Virginia, for example, John Smith used his knowledge of Powhatan deathways to impress the local Indians with his abilities as a healer as part of his campaign to demonstrate the superiority of English culture. Likewise, in the 1610-1614 war between Indians and English, the Powhatans mutilated English corpses because they knew this act would horrify their enemies.

Told in a series of engrossing narratives, Death in the New World is a landmark study that offers a fresh perspective on the dynamics of cross-cultural encounters and their larger ramifications in the Atlantic world.

Erik R. Seeman is Professor of History at the University at Buffalo (SUNY).