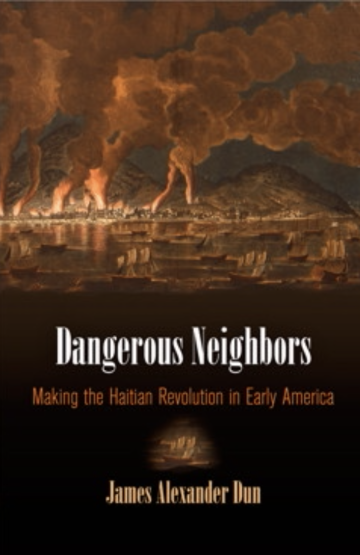 Dangerous Neighbors shows how the Haitian Revolution permeated early American print culture and had a profound impact on the young nation's domestic politics. Focusing on Philadelphia as both a representative and an influential vantage point, it follows contemporary American reactions to the events through which the French colony of Saint Domingue was destroyed and the independent nation of Haiti emerged. Philadelphians made sense of the news from Saint Domingue with local and national political developments in mind and with the French Revolution and British abolition debates ringing in their ears. In witnessing a French colony experience a revolution of African slaves, they made the colony serve as powerful and persuasive evidence in domestic discussions over the meaning of citizenship, equality of rights, and the fate of slavery.

Through extensive use of manuscript sources, newspapers, and printed literature, Dun uncovers the wide range of opinion and debate about events in Saint Domingue in the early republic. By focusing on both the meanings Americans gave to those events and the uses they put them to, he reveals a fluid understanding of the American Revolution and the polity it had produced, one in which various groups were making sense of their new nation in relation to both its own past and a revolution unfolding before them. Zeroing in on Philadelphia—a revolutionary center and an enclave of antislavery activity—Dun collapses the supposed geographic and political boundaries that separated the American republic from the West Indies and Europe.