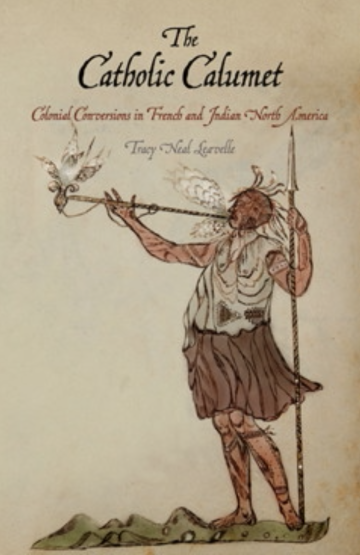 In 1730 a delegation of Illinois Indians arrived in the French colonial capital of New Orleans. An Illinois leader presented two ceremonial pipes, or calumets, to the governor. One calumet represented the diplomatic alliance between the two men and the other symbolized their shared attachment to Catholicism. The priest who documented this exchange also reported with excitement how the Illinois recited prayers and sang hymns in their Native language, a display that astonished the residents of New Orleans. The "Catholic" calumet and the Native-language prayers and hymns were the product of long encounters between the Illinois and Jesuit missionaries, men who were themselves transformed by these sometimes intense spiritual experiences. The conversions of people, communities, and cultural practices that led to this dramatic episode all occurred in a rapidly evolving and always contested colonial context.

In The Catholic Calumet, historian Tracy Neal Leavelle examines interactions between Jesuits and Algonquian-speaking peoples of the upper Great Lakes and Illinois country, including the Illinois and Ottawas, in the seventeenth and eighteenth centuries. Leavelle abandons singular definitions of conversion that depend on the idealized elevation of colonial subjects from "savages" to "Christians" for more dynamic concepts that explain the changes that all participants experienced. A series of thematic chapters on topics such as myth and historical memory, understandings of human nature, the creation of colonial landscapes, translation of religious texts into Native languages, and the influence of gender and generational differences demonstrates that these encounters resulted in the emergence of complicated and unstable cross-cultural religious practices that opened new spaces for cultural creativity and mutual adaptation.

Tracy Neal Leavelle is Associate Professor and Chair of the Department of History and Director of the Digital History Initiative at Creighton University.