Against Self-Reliance: The Arts of Dependence in the Early United States 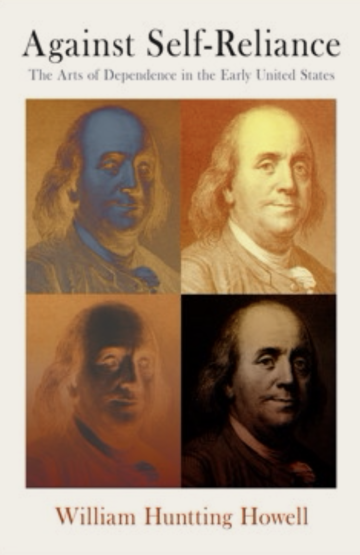 Individualism is arguably the most vital tenet of American national identity: American cultural heroes tend to be mavericks and nonconformists, and independence is the fulcrum of the American origin story. But in the late eighteenth and early nineteenth centuries, a number of American artists, writers, and educational philosophers cast imitation and emulation as central to the linked projects of imagining the self and consolidating the nation. Tracing continuities between literature, material culture, and pedagogical theory, William Huntting Howell uncovers an America that celebrated the virtues of humility, contingency, and connection to a complex whole over ambition and distinction.

Against Self-Reliance revalues and rethinks what it meant to be repetitive, derivative or pointedly generic in the early republic and beyond. Howell draws on such varied sources as Benjamin Franklin's programs for moral reform, Phillis Wheatley's devotional poetry, David Rittenhouse's coins and astronomical machines, Benjamin Rush's psychological and political theory, Susanna Rowson's schoolbooks, and the novels of Charles Brockden Brown and Herman Melville to tease out patterns of dependence in early America. With its incisive critique of America's storied heroic individualism, Against Self-Reliance argues that the arts of dependence were—and are—critical to the project of American independence.