Seduced, Abandoned, and Reborn: Visions of Youth in Middle-Class America, 1780-1850 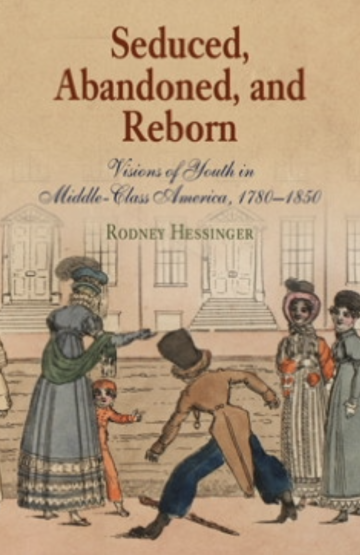 Seduced, Abandoned, and Reborn exposes the fears expressed by elders about young people in the early American republic. Those authors, educators, and moral reformers who aspired to guide youth into respectable stations perceived new dangers in the decades following independence. Battling a range of seducers in the burgeoning marketplace of early America, from corrupt peers to licentious prostitutes, from pornographic authors to firebrand preachers, these self-proclaimed moral guardians crafted advice and institutions for youth, hoping to guide them safely away from harm and toward success. By penning didactic novels and advice books while building reform institutions and colleges, they sought to lead youth into dutiful behavior. But, thrust into the market themselves, these moral guides were forced to compromise their messages to find a popular audience. Nonetheless, their calls for order did have lasting impact. In urban centers in the Northeast, middle-class Americans became increasingly committed to their notions of chastity, piety, and hard work.

Focusing on popular publications and large urban centers, Hessinger draws a portrait of deeply troubled reformers, men and women, who worried incessantly about the vulnerability of youth to the perils of prostitution, promiscuity, misbehavior, and revolt.

Benefiting from new insights in cultural history, Seduced, Abandoned, and Reborn looks at the way the categories of gender, age, and class took rhetorical shape in the early republic. In trying to steer young adults away from danger, these advisors created values that came to define the emerging middle class of urban America.