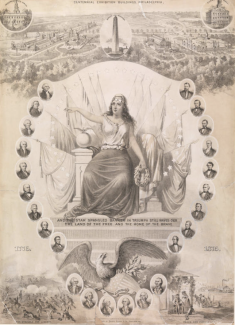 Conference at the McNeil Center for Early American Studies November 17-19, 2022

War was a more usual state of affairs than peace in the early modern Atlantic, and there are few scholars who would deny its importance for understanding this imperial age. Nevertheless, the impact of almost constant warfare on everyday social and economic development remains underappreciated. Vincent Brown’s recent study of Tacky’s Revolt in Jamaica and a number of books charting the domestic disruptions that came with the American Revolution plainly highlight the all-encompassing influence of war on every aspect of daily life in Atlantic societies. In many ways war made the Atlantic world – as an arena of interaction, as an economic entity, and as a place of inter-racial conflict. Rather than being a sporadic and bothersome disruption, war was a permanent constraint of life in the early modern Atlantic world. At the same time, the nature of armed conflict in this world redrew the very boundaries that had customarily distinguished war from violence.

Image: George Stinson & Co. In remembrance of the one hundredth anniversary of the independence of the United States. Courtesy of The Library Company of Philadelphia.