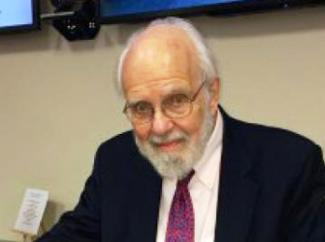 It is with a heavy heart that McNeil Center for Early American Studies shares news of the passing of our founder, Richard Slator Dunn (1928-2022).

Quite simply, the McNeil Center would not exist without Richard. He created the community of early Americanists at Penn that became the Philadelphia Center for Early American Studies. He then secured donations from Robert L. McNeil, Jr., and the Barra Foundation that endowed the vast expansion of the Center’s fellowship programs, the establishment of its publication program, and, of course, funding for the directorship bearing his name that I am now honored to occupy. He and his spouse Mary Maples Dunn also repeatedly made extremely generous financial contributions to the Center during the past two decades.

Of course, Richard’s impact on early American studies went far beyond the founding of one its most important research centers. The author of numerous field-changing books and articles, his 1972 monograph, Sugar and Slaves, was the subject of a fiftieth anniversary workshop at the McNeil Center just last summer. Dozens of senior and emerging scholars gathered to discuss the book’s lasting contributions. Richard himself reflected on his work. Some of the workshop’s papers will appear in a special issue of Early American Studies, guest-edited by Trevor Burnard and Alison Games and slated for Fall 2022. It was an event memorable not only for Richard’s ability to nurture lively and collegial discussion even on Zoom and at the age of 92, but also for the deep engagement of generations of scholars with his ground-breaking insights on colonial Jamaica.

At that event Richard laid out extensive plans for future articles. It is a great loss to our field that he won’t be able to realize all of them. We can be certain, however, that Richard’s legacy will endure far beyond his lifetime.

Please email mceas@sas.upenn.edu to share memories, thoughts, and vignettes about Richard’s impact on you and your work for inclusion on memorial page within this website.

MCEAS intends to hold a memorial event for Richard when the pandemic situation allows.