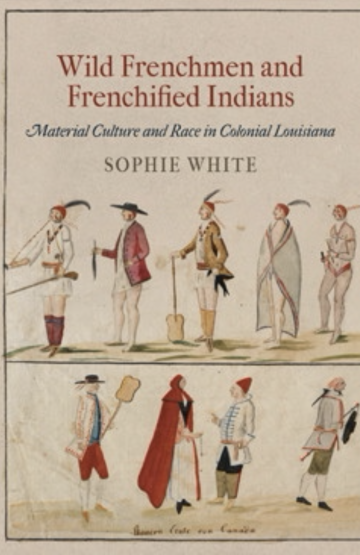 Based on a sweeping range of archival, visual, and material evidence, Wild Frenchmen and Frenchified Indians examines perceptions of Indians in French colonial Louisiana and demonstrates that material culture—especially dress—was central to the elaboration of discourses about race.

At the heart of France's seventeenth-century plans for colonizing New France was a formal policy—Frenchification. Intended to turn Indians into Catholic subjects of the king, it also carried with it the belief that Indians could become French through religion, language, and culture. This fluid and mutable conception of identity carried a risk: while Indians had the potential to become French, the French could themselves be transformed into Indians. French officials had effectively admitted defeat of their policy by the time Louisiana became a province of New France in 1682. But it was here, in Upper Louisiana, that proponents of French-Indian intermarriage finally claimed some success with Frenchification. For supporters, proof of the policy's success lay in the appearance and material possessions of Indian wives and daughters of Frenchmen.

Through a sophisticated interdisciplinary approach to the material sources, Wild Frenchmen and Frenchified Indians offers a distinctive and original reading of the contours and chronology of racialization in early America. While focused on Louisiana, the methodological model offered in this innovative book shows that dress can take center stage in the investigation of colonial societies—for the process of colonization was built on encounters mediated by appearance.

Sophie White is Associate Professor in the Department of American Studies at the University of Notre Dame.