Captives of Liberty: Prisoners of War and the Politics of Vengeance in the American Revolution 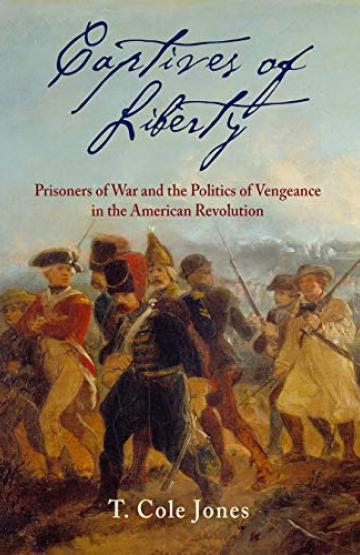 Contrary to popular belief, the American Revolutionary War was not a limited and restrained struggle for political self-determination. From the onset of hostilities, British authorities viewed their American foes as traitors to be punished, and British abuse of American prisoners, both tacitly condoned and at times officially sanctioned, proliferated. Meanwhile, more than seventeen thousand British and allied soldiers fell into American hands during the Revolution. For a fledgling nation that could barely afford to keep an army in the field, the issue of how to manage prisoners of war was daunting.

Captives of Liberty examines how America's founding generation grappled with the problems posed by prisoners of war, and how this influenced the wider social and political legacies of the Revolution. When the struggle began, according to T. Cole Jones, revolutionary leadership strove to conduct the war according to the prevailing European customs of military conduct, which emphasized restricting violence to the battlefield and treating prisoners humanely. However, this vision of restrained war did not last long. As the British denied customary protections to their American captives, the revolutionary leadership wasted no time in capitalizing on the prisoners' ordeals for propagandistic purposes. Enraged, ordinary Americans began to demand vengeance, and they viewed British soldiers and their German and Native American auxiliaries as appropriate targets. This cycle of violence spiraled out of control, transforming the struggle for colonial independence into a revolutionary war.

In illuminating this history, Jones contends that the violence of the Revolutionary War had a profound impact on the character and consequences of the American Revolution. Captives of Liberty not only provides the first comprehensive analysis of revolutionary American treatment of enemy prisoners but also reveals the relationship between America's political revolution and the war waged to secure it.