Blackletters: German Translation and the Languages of Citizenship in the Early U.S. 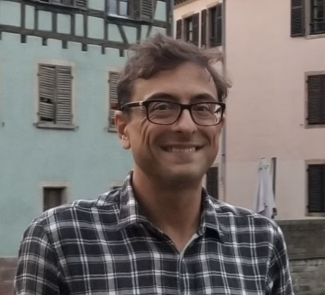 Len von Morzé is an Associate Professor at the University of Massachusetts Boston, where he was Chair of the English Department from 2017 to 2021. In addition to an edition of Charles Brockden Brown’s early periodical writings, he is working on a book project provisionally entitled A Multilingual Public Sphere. This project follows several recent studies in bringing literary-critical tools to bear on non-Anglophone authors and readers, and seeks to join these scholars in continuing to expand the canon of an early American literature that was for a long time monolingual. In contrast to many recent studies, however, this project draws on the history of the book to treat the materiality of texts as evidence of cultural phenomena—in this case, of the ways that linguistic difference, and sometimes ethnicity, became visible and invisible in early America. Looking closely at periodical culture as well as the production and importing of books, the project asks how German printing and reading, in particular, shaped opinion in ways that may justify the use of the concept of the “public sphere.” How might we account for the extraordinary labor of producing bilingual and even trilingual periodicals in the first decade of the nineteenth century? How did early experiments with visual art communicate to multilingual publics? How can we explain the apparent lack of political anxiety about the potential Babel of competing tongues that lurked in a new democracy? Along the way, the project considers the alphabetization of Indigenous languages and the representation of dialect as ways that a new “whiteness” was materialized in print; printed works created parallel ethnic publics united and divided by translation.

The McNeil Center sponsors a seminar that meets on Friday afternoons approximately twice a month between September and May, with the paper for each session circulated in advance. Over two hundred people attend at least once a year, with an average attendance of 40 to 50 at meetings held at various sites in the Delaware Valley. While most of the regular attendees are graduate students and faculty from institutions in the Philadelphia area, participants come from as far afield as Long Island, New York City, Princeton, Baltimore, Annapolis, and Washington.

Beginning in Spring 2022, we will utilize a hybrid format for seminars in which participants may gather together at the McNeil Center building (or occasionally at an MCEAS Consortium institution host in the Philadelphia area) or attend via Zoom. All in-person attendees must comply with the University of Pennsylvania’s COVID-19 policies. To get access to the seminar papers and Zoom links, or to join our mailing list, please email us at mceas@sas.upenn.edu.